Basically, RL took over and though I never stopped writing (yay me!), my blog did take a bit of a back-burner. I am going to try to be much more diligent with writing and the like, just as a personal sort of resolution. I kind of feel like I’m re-introducing myself and I hope I haven’t forgotten how everything works, so please bear with me.

Anyway, enough about that, today’s topic is the Zashiki-warashi.

It’s a mouthful of a name, but Zashiki-warashi is quite well-known in terms of it’s Chinese translation 座敷童子.

Zashiki aren’t technically youkai, but more like spirits. Specifically, spirits of the household. They’re believed to have the appearance of a child – pale but with a smile on their face – and although somewhat mischievous, they are considered good luck and the source of wealth and comfort for the house they stay in.

Zashiki can be male or female, but in most cases, they appear as female, with dark, bobbed hair and wearing red. The boys are usually seen in short hair or tied in a knot, usually also wearing red or white. The spirits tend to take on the child form from decades back, so they’re usually pictured to be dressed in shortened kimonos and such.

The houses the spirits are seen in, are usually the ones with history. Large, old ones with the big halls, they never appear in any recently-built houses. The trick with Zashiki is that a sighting is more likely after dusk, but you don’t always have the luck to see them. Sometimes you’ll hear the soft footsteps of a child, or hear the sounds of children playing and laughing – and when there’s no children, well.

But only the ones who live in the house are able to see the spirits, so guests are out of luck.

Some Zashiki may also be found in schools. There were stories in the Meiji era, when the children were playing during recess, an unfamiliar child will join them, or when they do a headcount, there always seems to be one extra that no one can explain. Usually, only the first-graders see them, never teachers or the older children.

It compounds the idea that like the Fae, this spirit enjoys the company of children when their innocence and openness is most intact.

Zashiki will make a little trouble that is akin to mild poltergeist activity.

They’ll pull pranks during your sleep, like moving pillows, tapping your head, or sticking a cold hand onto your stomach. Basically whatever disrupts your sleep, and there’s really nothing you can do about it. They’ll also move around things in the kitchen, cause utensils to drop to the table, that sort of thing.

Evidently, their tricks can sometimes be a warning as well. If a commotion is heard as well as the sound of someone leaving the house (but no one has), it’s an indication the house will have a fire. In some Japanese households where they have a small family shrine for their family members who have passed away; if you see small footprints in the burner, that means someone in the house will pass away. Sounds a little creepy, doesn’t it? But Zashiki in general, are considered a spirit of luck to the house.

People believe in treating them very well – and it’s a good idea to do so, because if the spirit leaves, the household usually ends up falling on hard times – they leave red beans and rice for it, because the spirit supposedly likes red beans. But if the snack left out looks untouched, it’s a sign that hard times are coming. 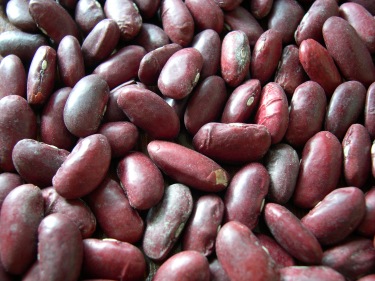 View all posts by MJ Lin